Kitsch editing and offbeat atmosphere for the song of summer

Lundi 20 Mai 2019
Justin Bieber marks his return to the music scene alongside Ed Sheeran with "I Do not Care".

Hard to miss this weekend, the new video of Ed Sheeran and Justin Bieber broke all records by reaching in just two days more than 30 million views on YouTube. A highly anticipated return not only from fans, but also from the entire music industry. This title announces the return of Justin Bieber on the front of the stage after four years of absence. A return he had announced at the Californian festival Coachella last April by making a surprise appearance alongside the singer Ariana Grande.

Ed Sheeran and Justin Bieber sign with "I Don't Care" the next hit of the summer of 2019. Happy to be together, the two international stars do not take the big head. A green background with disguises of all kinds and the clip is shot! No big production or special effects, the editing looks handmade and the singers have fun. An offbeat universe resulting of a project between friends, without artifice.

Find the title "I Don't Care" and the 50 best hits and top world charts at the moment on Allzic Radio TOP 50 : https://bit.ly/2YEoLo1 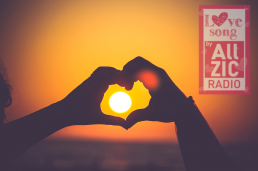